Cellulite treatment…Is there a treatment technology that actually works? [Part 1]

As you may have noticed while walking down the beaches of Southern California this summer, the beauty of a tan, smooth, tone leg frolicking in the surf or diving on the sand of a volleyball pickup game. And yes, you may have also noted the less than desirable, “cobble-stone” appearance of those with cellulite. 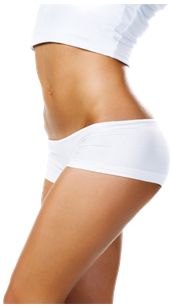 No matter your body weight, cellulite is present in about 85% of post-pubescent women, usually affecting the thighs and buttocks. Understanding the tissue changes of cellulite assists in discovering the optimal treatment modality. The pathogenesis is the fibrous band attachments from the skin to deeper tissues producing indentations, a thickened superficial fat layer, fat lobules herniating upward into the skin and a reduced skin blood supply. 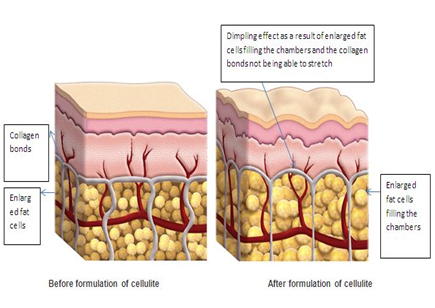 How severe is my cellulite?

As with anything, there is a continuum from mild to severe disease. The universal cellulite grading system developed in 1972, the Nurenberger-Muller Grading Scale, was chosen to ensure uniformity in cellulite assessment. There are four grades of cellulite ranging from grade 0-3:

Grade 1: “Tight cellulite”. There is no cellulite when standing, however, when one pinches the skin or when the muscles are contracted, one will see the appearance of orange peel or mattress appearance of the skin. 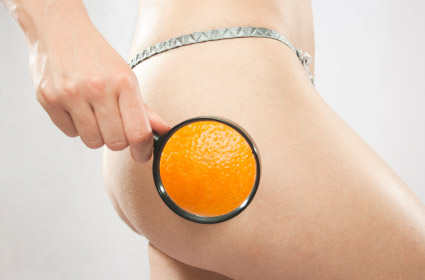 Grade 3: “Painful cellulite There is visible cellulite while standing and while lying down. Tenderness occurs during the pinch test.

There are currently numerous medical technologies grouped into minimally invasive and non-invasive, temporary changes versus permanent results, multiple treatment sessions versus one procedure, marketed for the treatment of cellulite.

A brief history of the search for the optimal treatment began with the first modality for the treatment of cellulite. It was developed in the 1970’s in the land of the Tour de France, known as Endermologie (LPG Systems, Valence, France).

This is a non-surgical motorized mechanical roller that mobilizes subcutaneous fat, temporarily improves microcirculation (up to four fold up to 6 hours post-treatment), increases subcutaneous vein blood flow within the fatty layer, and improves lymphatic drainage (by three fold up to 3 hours post-treatment), however, redistribution of fat does not occur.The recommended treatment is twice weekly for about 10 weeks with maintenance sessions once a month thereafter with between a 25-50% appearance improvement. One wears a body suit during the treatment, and most report a pleasant, rejuvenated sensation during the session. Unfortunately, this needs to continue or the results will return to the pre-treatment appearance.

A non-focused ultrasound device, VASERshape, manufactured by General Projects (Florence, Italy) and distributed in the United States by Solta Medical (Hayward,California) is a non-invasive device for the temporary and turns out, permanent treatment of cellulite approved by the FDA in 2010. The VASERshape system delivers a non-invasive treatment through therapeutic massage and external ultrasound generating heat and separating fat through “cavitation”. This advanced ultrasound handpiece is placed over the skin so that the deep penetrating action of the ultrasound (up to 5 cm) is concentrated onto the affected tissue only causing fat removal and skin tightening, offering a treatment has been shown to be both safe and effective. 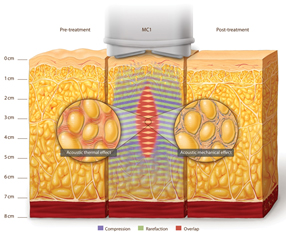 The treatment recommendations are once or twice weekly for six treatments and there are usually no need for additional treatments. The patient experiences the sensation of a “hot rock massage” during the treatment. The action of ultrasound is followed by lymphatic drainage using a suction/massage handpiece.

This massage handpiece produces an undulating motion, which gently lifts, folds and compresses the tissue being treated. This manipulation of the cutaneous and subcutaneous tissues improves lymphatic, arterial, and venous circulation as well as manipulating the cellulite affected tissues. The lymph nodes are opened prior to drainage, thus allowing the elimination of potential toxins and lipids in the interstitial spaces caused by the action of the ultrasound. Observations have seen 25-50% improvement in cellulite and these results most often have been permanent.

Cellulite treatment…Is there a treatment technology that actually works? [Part 2] 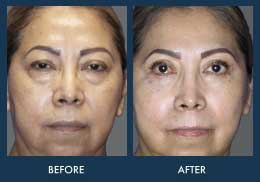 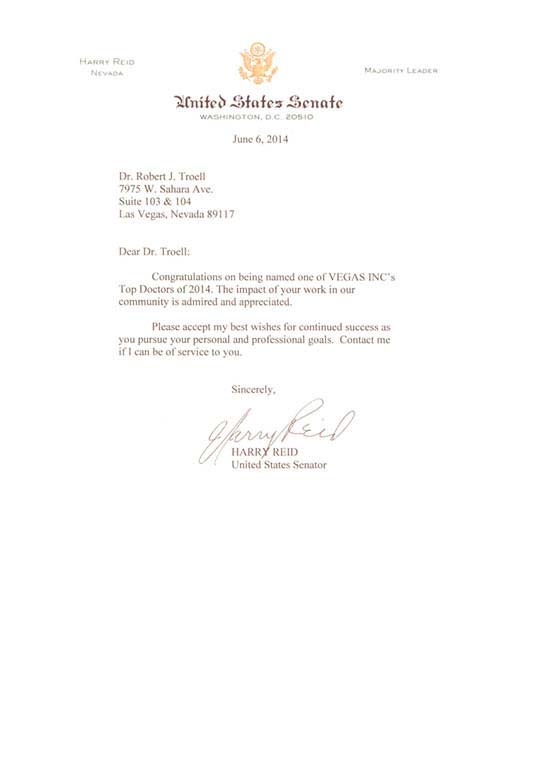